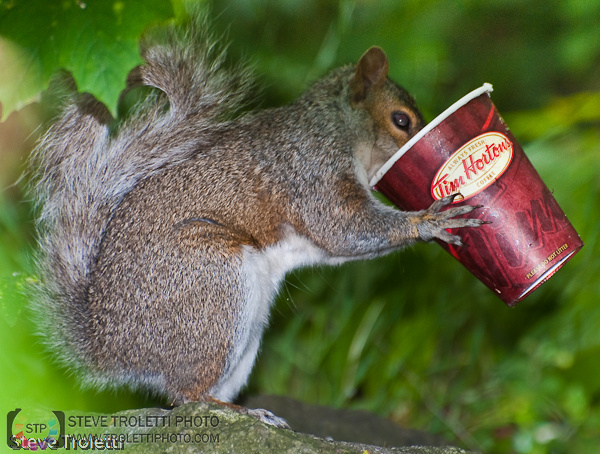 With Spring well on its way and Summer just around the corner this is a quick reminder not to litter.

In my case it’s Tim Hortons. Not their fault. The cup clearly indicates “PLEASE DON’T LITTER”. It’s not the restaurant that litters but the low life who purchased from that restaurant.

The Montreal Back River from Papineau to PIE-IX will be littered with thousands of Tim Horton cups, wrappers and bags before the end of the season. In addition fisherman have no shame in leaving behind thousands of Styrofoam worm containers, tackle wrapping and all types of other litter.