Late the other day, I was walking along the shore of the Montreal’s Back River in the Ile de la Visitaion Nature Park. In a small canal in front of the Moulin site, I observed a small duck. I couldn’t believe my eyes, I had a Harlequin Duck in front of me. A rare visitor to the Montreal region. 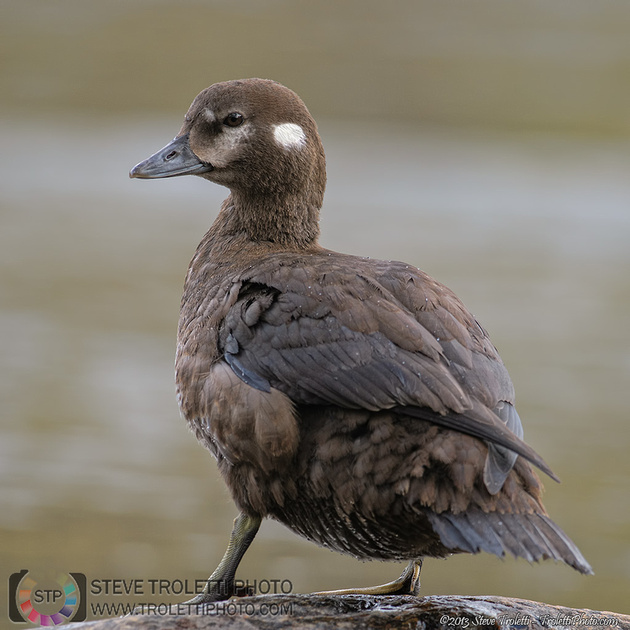 Since its discovery of October 17, 2013, photographers and bird watchers have come from all over the Greater Montreal Region for a chance peak at this rare little visitor.

I had a chance encounter that allowed me to capture this bird in all of its beauty. Minutes after I setup my camera and installed myself in a quiet corner, the duck landed some 60 feet away from me. It briskly skimmed in my direction to land on a rock within a few feet of me. I had to slowly move back and change lens. I was just too close to get a picture or focus for a portrait. She took her time to preen and rest. Eventually she took off to fish in the middle channel of the old mill.

Last weekend of the 26 and 27 of October attracted the largest group of admirers as they braved a wet and cold Saturday. I was able to observe a second female/juvenile and even a male located at the East end of the park in front of the Hydro plant.