The Hawk Moth Caterpillar and the Parasitic Wasp Eggs

The vast majority of wasps are parasitoids. They practice the grisly art of body-snatching. They lay their eggs in the bodies of other living animals to provide their newly hatched larvae a fresh supply of food. In this case a Sphingidae caterpillar commonly known as hawk moths, sphinx moths, and hornworm. It’s a little like in the movie “ALIEN”. 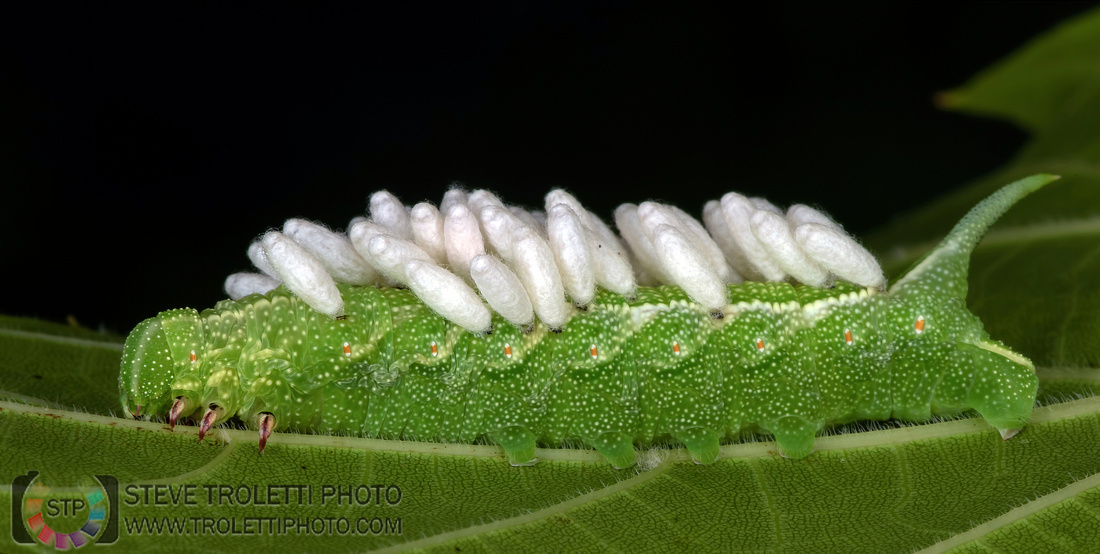 The caterpillar served as host, food and protection for the little wasps to be.