The Haunted House Restaurant in Montreal! 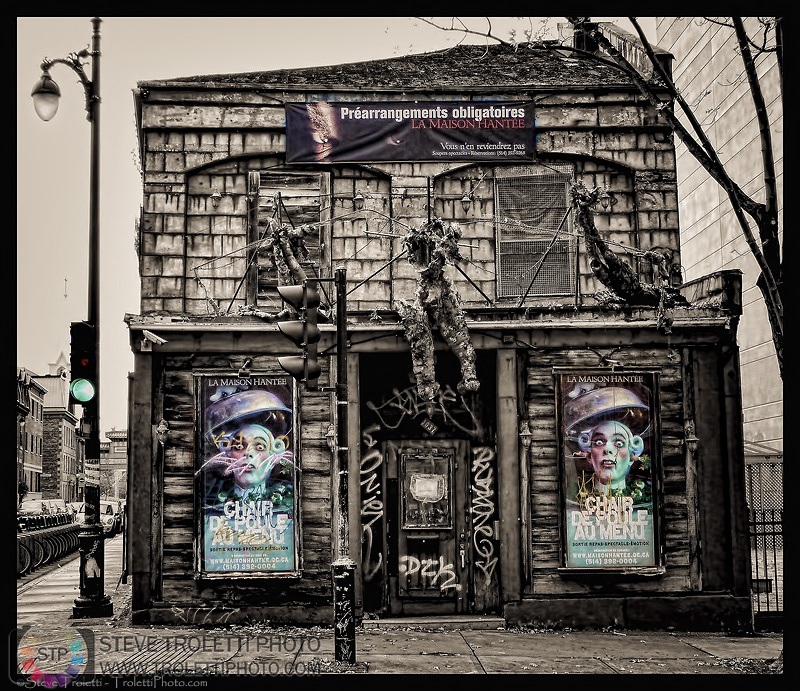 Known locally in Montreal in French as “La Maison Hantée”, The Haunted House Restaurant was an Icon in Montreal. For years locals and tourists crowded the premises for a spooky theatrical experience. Guests were greeted by spirits who escorted them to their tables through a spooky maze of unpredictability. Ghosts waited on tables and served food cooked by more ghosts in the kitchen. Once the presentation was over, guests had the chance to relax with an after dinner drink as they enjoyed a Tarot reading. Once a month a lunch hour show was presented for a younger audience.

The Haunted House Restaurant has been closed for over three years. The building was rated as unsafe and forced a permanent closure of the establishment. The building was originally erected in the 19th century as a fur trade counter for the Hudson Bay Company. It later served for commercial boutiques and was even used as a residential property prior to the opening of the Theatrical-Restaurant.

If rumors hold true, the property has since been sold and an eighteen story tower building is slated for construction in this very same site.

The Address of The Haunted House Restaurant is: